Here are all 12 of the confirmed multiplayer stages in Splatoon 3, including 7 returning stages and 5 that are brand-new for Splatoon 3!

Maps are the core of any multiplayer game and the long-awaited third entry in the Splatoon series is blending the old with the new with its stage selection.

Splatoon 3 has 7 different returning stages from past games in the series as well as 5 brand-new ones, especially for this installment.

Here’s a list of every stage in Splatoon 3, both new and returning from past Splatoon games.

But first, find out where to buy Splatoon 3 and all of the pre-order bonuses!

7 familiar stages from past Splatoon games are returning in Splatoon 3. This includes 3 from the original Splatoon and 4 from Splatoon 2. They are:

Splatoon players will battle for turf in the courtyard of this modern museum. Taking control of the rotating wall in the center of the map is key if you want to win!

A long, narrow map set on a railway bridge that connects Greater Inkopolis to the Splatlands.

This holiday destination has become the site of a Turf War. The sinking platforms give players a lot to think about when trying to paint this stage!

The first of 4 returning maps from Splatoon 2, Inkblot Art Academy is a prestigious art school. Let’s hope the students don’t see all of the mess Inklings make during a Turf War!

A shipyard full of cranes and moving bridges, this map is another fan-favorite from Splatoon 2 that is returning in Splatoon 3.

A supermarket full to the brim with groceries. Luckily, the customers aren’t around during the Turf War!

An amusement park on a boardwalk, Wahoo World is a major tourist attraction when Inklings aren’t having a Turf war there!

There are 5 brand-new stages in Splatoon 3 at launch. These are:

A stage within a national park in the Splatlands, Scorch Gorge takes place in a desert surrounded by large, towering rocks.

In the backstreets of Splatsville, Eeltail Alley has plenty of verticality thanks to the many bridges around the stage.

Scrap metal factory Mincemeat Metalworks used to be in the middle of the sea but that has now evaporated, leaving behind a wasteland.

A pier full of street vendors, Splatoon players won’t be shopping in Hagglefish Market though – there’s a Turf war to be won!

Splatoon 3 will be getting even more stages in free post-launch updates. None of the additional stages have been confirmed yet but Nintendo has given fans a glimpse of what two of the stages look like.

One of these upcoming stages appears to be set in a residential area, while the other looks to be an archaeological site similar to the pyramids.

If you like the look of Splatoon 3, you might also want to play it on a shiny new console. Find out everything we know about the limited edition Splatoon 3 Switch OLED.

What’s more, there’s also a Splatoon 3 Nintendo Switch Pro controller that you might be interested in releasing soon! 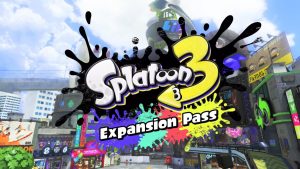