All Black Ops Cold War Changes From Alpha to Beta 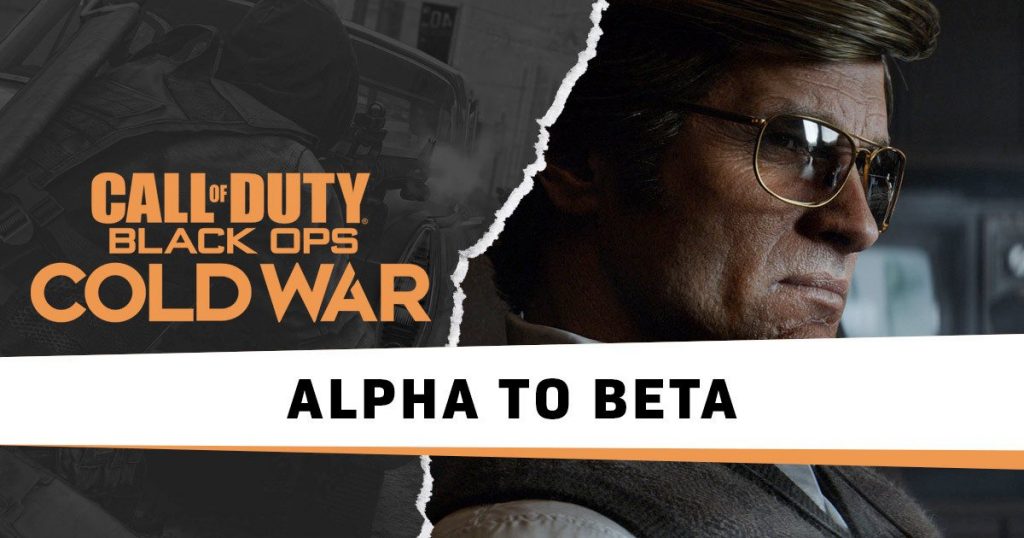 The long-awaited Black Ops Cold War Beta is finally here, and there have been some changes since the Alpha testing period.

As players gear up to drop into the new Call of Duty Beta, there are some changes to be aware of. Since the Alpha was so successful, developer Treyarch has made some much-needed improvements to Cold War.

In a new blog, entitled 'New Ways To Play In The Beta', Treyarch shows off what's new in Black Ops. The blog begins with the developer claiming that the game will bring "some of our deepest Multiplayer experiences to date" to the franchise.

We then get an in-depth look at the Open Beta's new map, modes, and multiplayer features. The full list of new features can be found here.

A new multiplayer map is arriving with the Black Ops Cold War Beta. Named Cartel, the map takes players to the "steamy jungles of Nicaragua".

Here, they will do battle in a remote cartel compound, consisting of a close-quarters warehouse surrounded by lush environments. There's a tower perfect for sniping, foliage great for stealth, and plenty of cover for up-close combat.

Both 6v6 and 12v12 modes will be available to play on Cartel. These include Team Death Match, Kill Confirmed, Domination, Combined Arms: Domination, and more.

The map is designed to be a high-risk, high-reward area, with players becoming hunters in the jungle. It has a wide-open area in the center and suits all kinds of playstyles.

The Black Ops Cold War Alpha didn't bring all game modes to the game, and the Beta adds some new ways to play.

VIP Escort is a new game mode that first appeared in the Cold War leaked multiplayer footage last month. This 6v6 mode has players attempting to safely escort a VIP to an extraction zone.

The enemy squad simply needs to stop the extraction at all costs. There are no respawns allowed, but players can revive downed teammates before they bleed out.

The VIP is randomly selected at the beginning of the round, spawning only with a pistol. They also have access to two smoke and frag grenades, a Field Mic, and Spy Plane.

Of course, should the VIP die, so too do your chances of victory. Markise Gladney, Associate Game Designer shares their best advice:

"My personal keys to victory? I stick close and escort the VIP, and defend them at all costs. If the VIP doesn’t make it out alive, it won’t matter if you do."

Combined Arms is back, bringing 12v12 combat into the Cold War Open Beta. Alpha players may remember the large-scale Domination matches, but in the Beta, we're also seeing Assault join the fun.

In Combined Arms: Assault, the match begins with teams fighting for control of a central zone. Once acquired, a second objective will appear, deep in the heart of enemy territory.

Once the enemy's final zone has been acquired, the attacking team is named the winner. Both team play and vehicle usage will be necessary to get an edge here.

There are 5 zones to capture in total, with the match timer pausing after each objective complete. Should neither team come out on top, a single overtime round will take place with only one point to capture.

Whoever gets their hands on it first is declared the winner.

Coming in weekend 2 of the Beta, the new Dirty Bomb game mode is looking insane. 40 players across 10 teams will compete across sprawling environments.

Here, you'll seek to capture uranium caches, find Dirty Bombs scattered around the map, and combine the items for a detonation. Each explosion leads to increased radiation on the map and scores points for the team.

What's more, huge areas of the map will become hazardous due to high radiation levels. And when you're holding onto uranium, you'll start getting some major radiation sickness too.

Perk benefits will decrease, movement and health regeneration will suffer, and eventually, you'll even die. Should you go down on the job though, there are ways back into the game.

Players can re-deploy on teammates, parachute in from above, or spawn in passenger seats of vehicles to rejoin the fight. Fireteam: Dirty Bomb is one of Treyarch's "deepest modes we've designed to date", and it's only possible in Black Ops Cold War's multiplayer.

Because of the emphasis Black Ops Cold War's Beta puts on teamwork, it's only natural that the game comes with a new communication system for team play. Following in the footsteps of games such as Apex Legends, Cold War is getting an in-depth Ping system.

Players can use the new system to ping objectives, loot, locations, and enemies. This allows for extra communications, even without using a microphone.

Prepare for a lot of Scorestreaks to get pinged each game. Besides the in-game ping, Black Ops Cold War has a new FOV slider feature that's got a lot of fans very excited.

Warzone Players Call for Juggernauts to be Re…