Alpha Pokemon are some of the game’s meanest in Pokemon Legends: Arceus. You can catch them though, and knowing who and where they roam will help you in your adventures.

Pokemon Legends: Arceus is not quite like any Pokemon game you’ve played before and while some are complaining about the graphics, the game’s proving hugely popular in a number of ways.

Set far in the past, in the land known as Hisui, players are tasked with completing the region’s very first Pokedex.

That is easier said than done though, the game is more challenging than previous Pokemon games, and there are brand new types of Pokemon, namely the alphas.

These Pokemon are powerful; with glowing red eyes and a short temper, crucially they are far bigger than Pokemon seen in any game before. Their inclusion has already split the player base with some getting… very weird about it.

There is a lot of intrigue about them, and based on that, one of the first things you are likely to do in Pokemon Legends: Arceus is seek one out.

This list of all alpha Pokemon and their most likely locations will help you in that task.

All Alpha Pokemon and Locations in Legends Arceus

As mentioned before, alpha Pokemon are huge and their eyes glow red. They will also certainly chase you down and attack if you go near.

Be cautious though, as alphas are stronger than their non-alpha counterparts and harder to catch. Though, succeed in defeating them in battle you may be rewarded with a rare item.

Below, are all the currently confirmed alpha Pokemon and their locations. However, do take note that while many of the game’s secrets were revealed early, there is much still to uncover.

We will continue to update this page with any other alpha Pokemon as we find them.

The following 15 alpha Pokemon have been found in Obsidian Fieldlands.

Here are their names, levels, and locations found.

The following 18 alpha Pokemon have been found in Crimson Mirelands.

That is all the alpha Pokemon we have currently found in Pokemon Legends: Arceus.

Besides the alphas, there is also evidence that Mega Evolutions could be returning, though that might not happen until the game’s DLC has arrived, which a Pokemon insider claims is only months away!

and Ninetales as well in the Cobalt Coastlands

Their is a level 70 alpha Lucario near the Avalugg arena

Isn't Electivire in the Alabaster Icelands

@Nathaniel Park, no its top of highlands 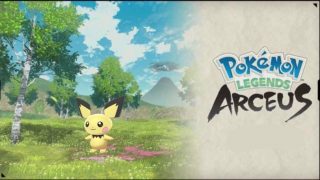