The Xbox Series X/S already impresses with its slick visuals. But which 120fps games are available, and are there more on the way?

As the Xbox Series X/S is backwards compatible with the Xbox One (and older consoles), it will provide an upgrade to lots of games. Some Xbox One games will be receiving full and specific upgrades, while others will simply receive an upscale.

Due to this, and the new games that are coming, we expect the list of 120fps games on Xbox Series X/S will continue to grow. Especially now that the hardware allows it.

The pressure will now be on developers to create games that can run at 120fps. Gamers will wonder why if more don't feature this option.

Certain games will always run at 60fps instead of 120fps. This is due to developers prioritizing resolution of framerate.

Games like DIRT 5 for example, offer players a choice between 120fps and lower resolution. Or higher resolution and 60 fps – to suit whichever is most visually pleasing to them.

Here are the games coming to Xbox Series X that we know will render in 120fps.

Will My TV Be Able to Handle 120fps Games on Xbox Series X/S?

Not all 4K TVs can render 120 frames per second. If you're considering investing in a new TV, then make sure you buy one capable of 120hz.

This will mean it will be able to display games comfortably at 120fps. Essentially, fps corresponds to the Hz when applied to the TV itself.

Although in most TVs, hz don't climb in factors of 30 like frames per second do. A TV's hz could be anything from 50hz to 600hz.

Just make sure yours is at least 120hz to run Xbox Series X/S games in 120fps. Although be warned, modern TVs that offer this are typically more expensive than TVs that don't.

Before you click buy on a new 4K TV, make sure it offers this feature. HDMI 2.1 is also something we recommend. This is an upgrade to HDMI that enables 120 fps, 8K, and much more.

This is why lots of gamers choose to play their 120 fps games on Xbox Series X/S through a monitor instead of a TV. They are generally cheaper and prioritize frames over resolution.

Have you just got your Xbox Series X/S home? Here's how to set it up! We hope you got one at launch, as according to Microsoft, Xbox Series X/S stock will be low until April. 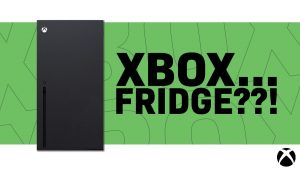 The Xbox Series X Fridge Meme is Now a Reality - And You Can Win One!
5

PS5 vs. Xbox Series X - Which One Does 4K Better?
More Xbox